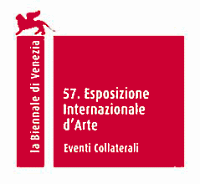 Performance art is a kind of “theater” and very often interactive – if not always physically, then emotionally and spiritually – and always demands a response from the viewer.

In “Body and Soul”, eight performance artists (some historically important, others emerging) appear in live performances as well as in video or photographic documentation, which records the essence of their spiritual and bodily actions.

The focus on the body in so much performance art of the 1960s has sometimes been seen as a consequence of the crisis in conventional media. Faith having collapsed in media such as painting, creativity ricocheted back onto the artist’s own body. Some saw this as a liberation, part of the period’s expansion of materials and media. Others wondered if it reflected a more fundamental crisis in the institution of art itself, a sign that art was exhausting its resources.

The performance art of the 1960s can be seen as just one of the many disparate trends that developed in the wake of Minimalism. Viewed in this way, it is an aspect of Post-Minimalism that also shares qualities of Process Art. If Process Art focused attention on the techniques and materials of art production, so did aspects of Performance. Process Art often investigated the possibilities of mundane and repetitive activities; similarly, many Performance Artists were attracted to task-based activities that were very foreign to the highly choreographed and ritualized performances in traditional theatre or dance.

VALIE EXPORT, Nicola L, ORLAN, and Carolee Schneemann, pioneers of Performance Art, use their bodies to express concerns related to gender, femininity, endurance, personal relationships, and politics. They are forerunners of today’s performance art, and have paved the way for many of today’s artists.

VALIE EXPORT changed her name in her early career as an aesthetic, social, and political act. She countered the era’s male-dominated scene by performing her iconic work ”Action Pants: Genital Panic,” 1968, in which the artist activated the live context of watching by walking about in a Munich cinema with her genital exposed in crouchless trousers. In ”Touch Cinema,” 1968-71, EXPORT built a ”movie theater” around her naked chest – which was not visible but could be touched by anyone who reached through the curtained front. Her performance ”DELTA. Ein Stück,” 1976/77, is about continuous dramatic disturbances in the intimate relationship between the sexes. DELTA (the title refers to a triangle, a river mouth, the mathematical symbol for change or difference), is performed on a black slanted action board in triangular shape, inscribed with: WORT, ANTWORT, VERANTWORTUNG (word, answer, responsibility).

ORLAN paved her way as an artist with the iconic ”Baiser de I’Artiste,” performance installation at FIAC 1977, and has always looked at the female body as a means of expression and ‘new media’ for her art. In her work “L’Opéra de Pékin,” 2014, she undertakes a form of art that has been dominated by men, who played the role of women. ORLAN reverses that situation with her avatar in 3D augmented reality. By scanning her body, she fabricates a ”Queen of Masks” who performs acrobatics, juggles, and jumps out of the frame. Augmented reality makes this work playful and interactive, creating a dialogue with the audience. Melding performance art with new media, ORLAN’s strives to change our thinking about new technology, which we are immersed in but resist regarding as art!

Nicola L’s ”Raincoat for 11 people,” first performed in the ’60s, speaks of unity and equality, as the performers, once ‘under the coat,’ are all ‘equal. This performance has traveled the world, from Paris to Cuba, the Great Wall of China, and recently marched across the Millennium Bridge and into the Tate Modern. Her performance with The Blue Cape of Evolution in Venice, 2017, is an homage to the art critic and cultural philosopher Pierre Restany, who had a great influence artistically and personally on the artist and played a vital part in the history of the Venice Biennial. Nicola L is celebrating her first solo show in a museum in New York City at the Sculpture Center, from mid September to December 2017.

Carolee Schneemann, with the muIti-channel video projection ”Devour,” 2003 plays on images of the public and private sphere, contrasting fragile, evanescent elements with violent, concussive, speeding elements. Looped imagery combines political disasters like the Vietnam War with scenes of domestic intimacy such as the kiss of a cat or a baby on a mother’s breast. The enlarged details make the gestures seem both human and mechanical. Schneemann, this year’s Golden Lion winner, is not only a groundbreaking figure in performance art but also an early innovator in representing her art actions in video form. The immediacy and rawness of her work often galvanizes the audience. Christine Macel, curator of this year’s La Biennale di Venezia,states: “Schneemann re-writes her personal history of art, refusing the idea of an ‘his-tory’ narrated exclusively from the male point of view.”

The younger generation of performance artists (Bonafede, Kozyra, Adams, and Bell) focus on social and political issues, while including modern technology and social media.

Derrick Adams’ source materials for his performance come from archive images documenting historical performances by artists such as Joseph Beuys, Adrian Piper, and Bruce Nauman. Adams’ performance is an improvised expression of admiration of the source image. He explores new ways of seeing these historical works, as they pertain to current conversations about media culture, consumerism, and our place in the social performance sphere within which we all exist.

Aisha Tandiwe Bell is inspired by the fragmentation of our multiple identities (her background includes Tanzania, Jamaica, and the USA). Bell is committed to creating myth and ritual through sculpture, performance, video, sound, drawing, and installation. The artist states: ”I am interdisciplinary. The glue that holds this together is my interest in Traps. Specifically the Traps of sex, race and class.” Bell reflects this in her photographs and performance ”Tricked out Trap” 2016.

John Bonafede’s concept is specific to each piece-the socio-political or even spiritual themes are a reaction to current social conditions as well as the physical environment wherein the work is performed..”Holding Pattern” is a durational performance wherein John Bonafede continuously walks in a large Infinity Symbol pattern while holding his newborn baby IVIartina. Holding” is what John is doing but also represents the most common penalty in American Football, hence his uniform, and is also what many professionals believe must happen to their careers while having a new child. IVIartina, the newborn ball of flesh, is gently held close in her Renaissance Italian regalia and protected by the former football player dad.

Katarzyna Kozyra explores gender issues in her performance art and video, such as ”Men’s Bathhouse,” shown at the 1999 Venice Biennial. The artist filmed with a hidden camera her exploration of the male behavior by ”stepping into the skin” of the opposite gender. The video Faces, 2006, reflects the artist’s fascination with dance, movement, and ballet, which originated in her interpretation of Igor Stravinsky’s ”The Rite of Spring,” (seven-channel video installation,1999). In Faces, dancers’ faces are shot from only several dozen centimeters away, showing to us everything which normally isn’t visible: extreme emotion, enormous focus, tension and great effort. With lips pursed, eyes wide-open, fast-moving eyeballs, the dancers’ faces seem to resemble masks.

Performance art is not an ”outsider” form of art anymore. It has established a firm position within the art world, which this exhibition, featuring artists from several generations and various backgrounds, will clearly reflect. Whereas art performances were looked upon in the ’60s and ’7os as an oddity, sometimes being mistaken for political demonstrations, artists today continue to address similar personal and public issues. The Zeitgeist changes, but the immediacy, interactive nature, and theatricality-as well as visual excitement- of a performance has prevailed throughout time. Throughout the duration of the Biennial, performances by some of these eight artists will be held on specific days. The ”Body and Soul” exhibition will include film, video, photography, and installation documenting their many intriguing actions, both past and current.

We thank the sponsors:

With special support from: